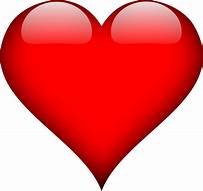 This month’s blogs will focus on heart; no, I’ve not morphed into Delilah!  My eldest is a nurse practitioner who specializes in heart failure.  When I mentioned to her I was going to get my nails done, her reply was, “Wear red nail polish!”

“It’s national heart month, and one in three women die from heart issues.”

I followed her direction.  (Long ago I learned not to argue with her, as she far more knowledgeable about medical issues, more bossy, and cuter.)

With that said, I share a poignant story of heart. Two young friends of mine, Mike and Becky, bought a 10,000 square foot, antique mall, Zinnias, and turned it into an eclectic Phoenix landmark.  The couple had many humorous adventures across America “picking” for collectibles, which eventually resulted in my officiating their wedding several years later.  Of course, aptly the venue for their wedding was Zinnias they had decked out with colorful murals of their new life together.  Their Boston terrier, Detective, is one of the mural’s focal points.

When the Arizona legislature passed SB 1062 (later vetoed by the governor) that allowed any business owner, based on religious reasons, to deny sales to gay and lesbian customers, Mike and Becky posted: Open for Business to Everyone signs.  With their technological expertise, they pioneered a cloud inventory and created international sales of vintage items via social media. 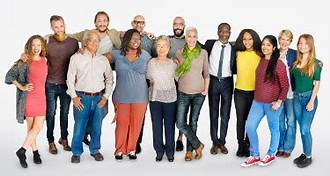 Sadly, the NYC absentee owner of the property recently raised their rental fee to an unconscionable amount and refused to sell them the building, unless they offered an exorbitant amount of money.  At the end of the month, Zinnias will close.  However, Mike recently reflected: We wanted to create a place where people of all races, religions, socioeconomic standings, and ages felt like they belonged.  Zinnias was the Cheers bar for Phoenix antiques shoppers.  Mike and Becky accomplished it.

Best of luck to great for with big hearts!